Blocking, Ignoring and do no want to attend calls are few things which we often do with our Mobile even though the first one is pretty touch because that defies  the idea of having a phone itself but then there are some calls which keep on irritating which could be from the same number.

Though you might argue that you can just hit the red button but then you need to attend and you become answerable to the person who called you if he or she is a known person. 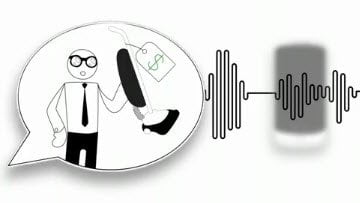 So today we will talk about list of apps, online services, operator provided solution which will help you block calls from specific numbers or even area. Now when I say blocking, it does not mean that nobody will be able to dial your number and hit the green button but they might get a tone which will keep telling them that the phone is out of reach or busy or will just not reach you in some cases.

I have talked specifically on Call Blocking options for US and India, so if you have are from a different country let us know and I will look into it.

If you are going to need an app, I will always suggest you to get a paid app for these kind of issues. They are worth paying as they help you get more features and I think will be ready for paying  5 to 10 $ for this.

Android App : Mr Number is the best fit we found based on it’s popularity and comments.

BlackBerry App : Call Blocker Professional. Though Blackberry comes with option to Block SMS and emails from specific contacts but Call block is missing. This app is similar to android app above but it

Symbian : Advance Call Manager The best app for Symbian phones, though many Nokai phones come with an inbuilt option to block calls but this gives gives a lot more.

If you are one of the persons who Jailbreak your iPhone (s), iBlackList is the best option for you.

This is the best solution if your country does have Google Voice. You dont need to a buy an app nor you need to call your operator for making a request.

Google Voice : It gives you three options Send to Voicemail, Set the number as Spam or completely block which makes the caller hear “We are Sorry. You have reached a number which has been disconnected or no longer exists“.  The best part is that you have a user interface where you can see the list of calls which was made to you, so if you are busy at the moment you can login to your account later and set it to spam or block it off. Find complete details here

On similar lines there is another service which I picked up from Microsoft Answers, is YouMail. Though this is a paid service but their free option is worth trying. Once you connect your number with them, in free version, they allow you to play a greeting before disconnecting which can be enough to annoy them.

Do Not Call Registry

This is the last option which doesn’t work that good, at least not in India. Every country have a policy for telemarketers using which they are not allowed to call a person if his or her phone number is listed in a Do Not Call or Do not Disturb registry.  The best way is to call in your operator and ask him how to register your number for that. However this might take some time.