A cyber-attack takes place every 39 seconds.

That pretty much means you’re at the mercy of hackers every time you go online.

Well, it doesn’t have to be. Here are five smart things you can do to reduce the risk of being targeted by cybercriminals. 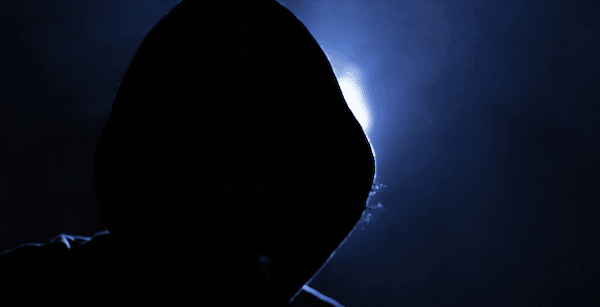 1. Install Antivirus/Antimalware Software on All Devices

Four years ago, almost one million types of malware threats endangered the Internet on an almost daily basis. Two years ago, things died down a bit, but not by much. “Only” approximately 360,000 new malicious files threatened online users daily.

Judging by the way things are going, it’s safe to say that you’re always dealing with malware infection risks whenever you access the web – if you don’t secure your device, that is.

Ideally, you should install security software from providers like Malwarebytes, ESET, and Kaspersky on all your devices – computer, laptop, mobile, etc. That way, you’ve got a decent layer of security that protects your data from malware and viruses.

Just make sure you update the software regularly. Otherwise, a new type of malware might slip through and infect your device.

If your mobile device “remembers” a network, it means it will automatically connect to it without you having to type in the password whenever it’s in its range.

What if a cybercriminal were to set up a fake WiFi network that imitates a network you previously connected to? Your device will accidentally connect to the fake network, and the hacker would be able to steal sensitive information from you.

And here’s the worst part – the device hackers can use to do this (the WiFi Pineapple) only costs around $200.

So make sure you turn off the “remember” feature. Here are some links showing you how to do that on most platforms:

3. Use a VPN (Virtual Private Network)

A VPN is an online service that hides your IP address and encryption your Internet traffic. While it can’t protect you from malware infections (that’s why you use an antivirus/antimalware program with it), it can prevent cybercriminals from monitoring your traffic.

They definitely can if you use unencrypted public WiFi, or if you connect to a fake network as we mentioned at #2.

Basically, if you use unsecured public WiFi, a hacker could successfully eavesdrop on your online traffic, and intercept some of the data packets you send to various websites.

That pretty much means a cybercriminal could steal your login credentials, credit card info, and audio/video files. Not to mention they’ll get info about your browsing habits, which they could then sell-off on the deep web, or use in phishing and vishing attacks.

Currently, around 31.99% of worldwide public WiFi networks don’t use reliable encryption. Sadly, even the ones that do use WPA2 are risky since cybercriminals can break WPA2 if they are skilled enough.

But if you use a VPN, you don’t need to worry about that. VPNs are perfect for security. They properly secure your online data and traffic, ensuring that cybercriminals can’t see anything when they try to keep tabs on it – just pure gibberish.

Plus, since a VPN hides your real IP address, you don’t need to worry about cybercriminals ever using it to find out:

When traveling, at work or school, or out and about, it can be tempting to use a public computer to check your email, for instance – especially if you don’t have a mobile data plan.

However, if you do that, you open yourself to serious hacking risks.

If you absolutely need to use a public computer, use it for simple things only – like looking up something on Google. Don’t log into your email account, social media account, or bank account on a public computer. And definitely, don’t make any online purchases on it.

5. Disable Bluetooth When You’re Not Using It

Bluetooth is an easy way to share files with your friends quickly. But if you don’t turn it off once you’re done, you’re opening yourself up to potential cyber-attacks.

Not many people realize this, but Bluetooth isn’t secure at all.

For one, it had a vulnerability that would have allowed cybercriminals to hack laptops and mobile phones silently.

“Good thing that vulnerability got patched.”

Yeah, but it didn’t take long for another one to pop up. The second issue not only would have allowed hackers to use MITM (Man-In-The-Middle) attacks to get their hands on a device’s cryptographic key, but it also affected millions of devices.

And if you think that was it, you’re in for quite the “treat.”

Recently, security experts found yet another Bluetooth vulnerability that would allow hackers to force Bluetooth devices to use weaker encryption to steal user data.

All in all, it’s best to only turn on Bluetooth when you need, and immediately disable it after.