Google Reader is retiring from 1st July 2013. A product which is being used by millions will be lost because Google could not make it profitable. As a matter of fact retiring AdSense for Feeds is the primary reason.

So coming back to the topic, How do you export feeds from Google Reader ? The process was simpler before because Google allowed to export as OPML file which was easy to import anywhere else. Now its a bit different process. When you export your feeds, it is now done through Google Takeout. 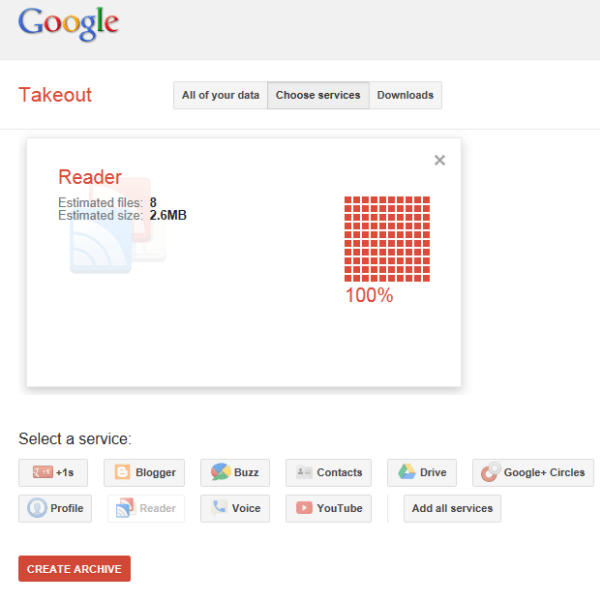 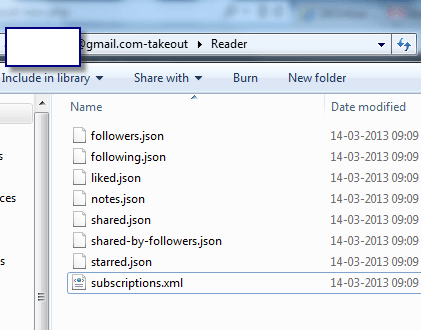 The export has the following items from your feeds:

How to import this file into another reader?

There are tons of Google reader alternative. We are still making a list but when you plan to import, you will need the subscriptions.xml. Most of the feed readers has option to import where they allow to import these kind of files. Try that and you should have all your feeds back.

I am really sad that this service is going to be dead. Something I had used from a very early stage and has been the best productive tool to catch up with news. In fact if it Google reader would not have been there, Technospot.Net could have never recovered from the data lost we had in 2008.

I am surely going to miss this service and I know you will too.!!  Time to move on!! 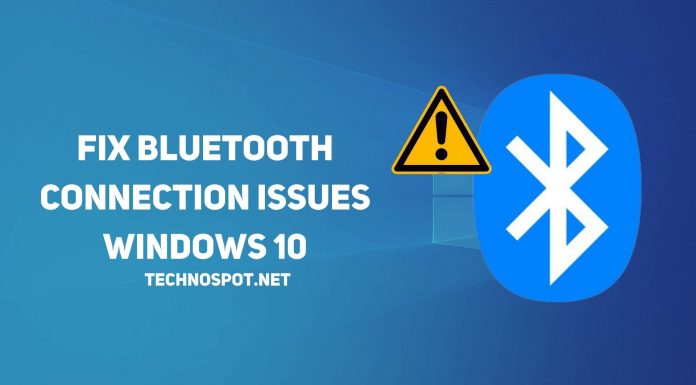