Ignoring a computer that’s overheating can cause multiple problems, as it’s not likely to improve on its own. An overheating computer can develop performance issues, leading to frustration when working, browsing the Internet, watching videos, or playing computer games. An overheated computer can also suffer from breakage, resulting in data loss and expensive repair costs. Here are some symptoms of a computer that’s running too hot: 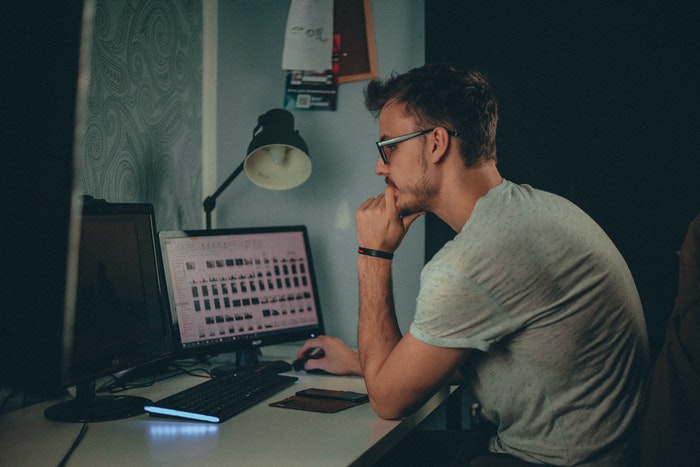 How to Fix an Overheating Computer

Some malicious software like Trojans, worms, and cryptomining malware can cause your computer to overheat, requiring remediation from an intelligent online virus scanner utility. We say intelligent because your operating system’s built-in antivirus software is unlikely to catch such sneaky emerging threats. On the other hand, virus scanners that use AI can catch tricky malware with unknown signatures.

Your desktop may be armed with several fans, but it will still overheat if it’s in an unventilated area like a closed cabinet. Ensure that your computer has space to breathe, especially if you live in a warmer climate.

Computers can overheat due to dead insects, dust, or pet hair-clogging fans. Start by purchasing an air duster for computers. Next, you’ll have to unplug all your peripherals and devices and take your PC outside to avoid a mess from cleaning. Now, slide open the side panel of your rig and gently blast air to get rid of the filth from the fans and vents.

A silver-gray substance called thermal paste helps transfer heat between your processer and its cooler. But over time, the thermal paste can harden and dissipate heat with less efficiency. Experts suggest you should change your thermal paste every three years to keep your machine running optimally.

Most CPUs and computer cases are only equipped with lower-end fans. So, consider upgrading your computer’s fan to lower operating temperatures. Just remember to match your intake and exhaust case fans to avoid dead air.

While small desktop cases are easy to store, manage, and carry, they can also run hotter than taller cases. You don’t have to invest in a huge case to cool your system, but a medium-sized case from a company specializing in cooling can be a good investment.

7. Use a Cooling Pad

Just a basic cooling pad can cool your laptop by elevating it and improving ventilation. You could try a fancier cooling pad with fans and LED lights, but it may not offer better cooling. In fact, cooling pads with fans can be counterproductive because they work against the laptop’s own fans.

An overheating computer can be worrisome for any owner. Thankfully, many of the solutions listed above are cheap, quick, and effective.