Are you on the verge of giving up on your old PC? Well, the time is not just yet, because there is a solution that can make your PC work like new without installing any new additional hardware components like SSDs or RAM. Every operating system gets heavier with time, and the one you previously had installed on your PC will not give the same performance as the hardware hasn’t been upgraded. There is a straightforward solution to this problem. You can install Chrome OS Flex on Windows. This article will tell you everything you need to know about Chrome OS Flex and how to install Chrome OS Flex on your old or even relatively new computer. 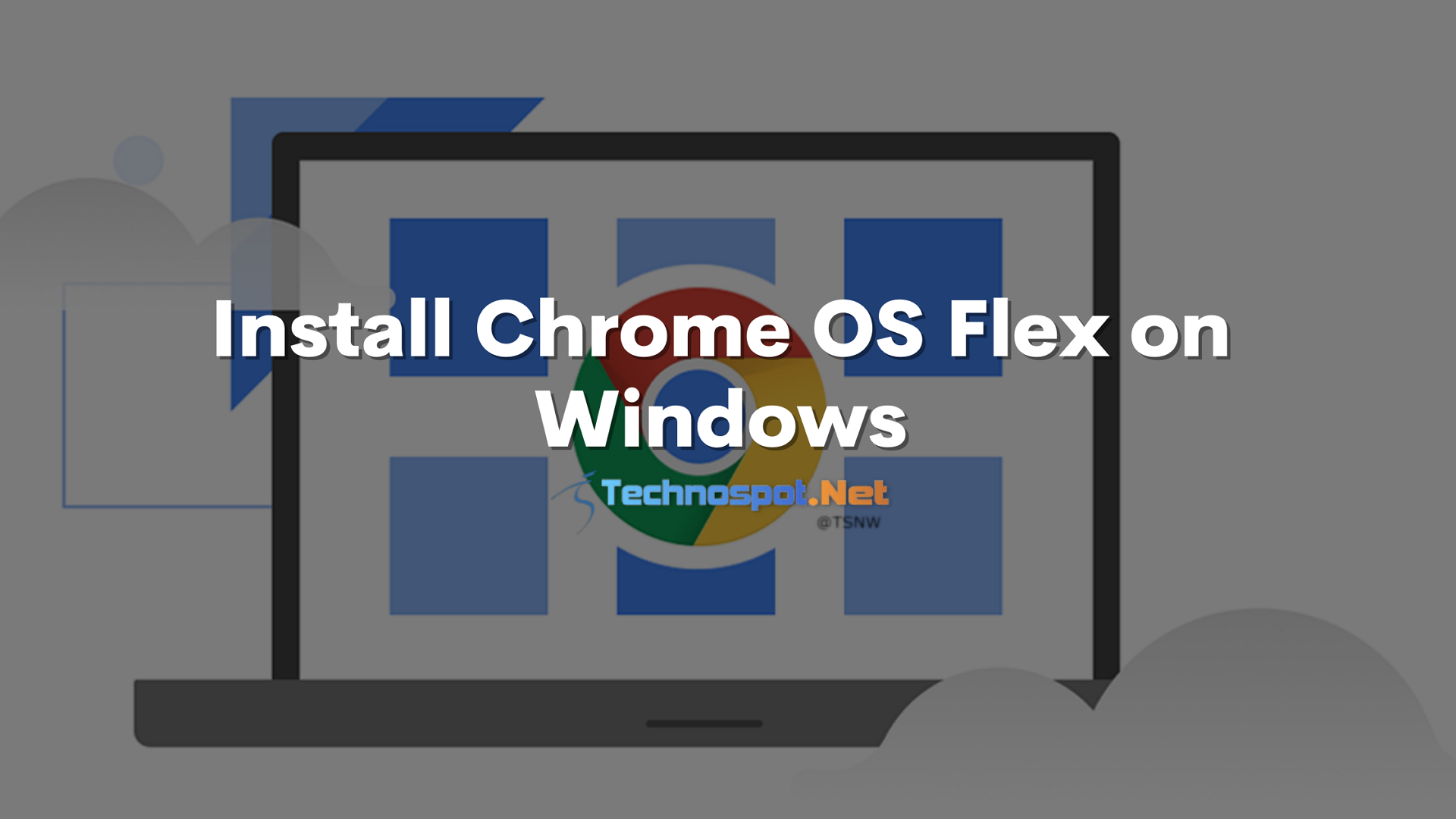 What is Chrome OS Flex?

Chrome OS flex is a lighter, faster, and highly compatible version of ChromeOS. While the interface might look the same, there are striking dissimilarities. Chrome OS flex does not have native support for Android apps and partially lacks Linux app support. However, Chrome OS and Chrome OS flex both rely on web technologies. Your computer can be free of damaging computer viruses with ChromeOS, just like Android and iOS smartphones, as Chrome OS Flex does not support native applications. Here are the key features of Chrome OS Flex:

Chrome OS flex is highly optimized and lightweight, so there aren’t many system requirements to run. Google has officially stated that components made before 2010 will result in poor performance. Other than that, here’s what you need to run Chrome OS Flex:

Google has also stated that Chrome OS Flex won’t work on PCs with mobile chipsets like Snapdragon and M1. So you won’t be able to run Chrome OS Flex on Macbook M1 and some Microsoft surface laptops. Check the complete list of compatible devices here.

Why Should You Install Chrome OS Flex?

With the features, it must’ve been already clear that Chrome OS Flex is a straightforward, lightweight, and easy-to-install alternative to the regular bulky OS like Microsoft Windows and macOS. There can be numerous reasons you should install Chrome OS flex on your computer. However, there are two primary reasons. The first is that you have a PC with old hardware, and you want to blow new life into it. The second one is to get a UI that will only do basic tasks for you, often related to work, reducing several distractions and boosting productivity.

Chrome OS Flex is also great for enterprises, as it can be easily deployed on multiple computers and reduces the cost of setup as it requires very few resources. It is also very safe and secure to use as it does not have native app support and uses sandboxing technology to restrict malicious apps to only a closed environment.

How to Install Chrome OS Flex on Windows?

Once you have a bootable USB, you have to start your computer with the USB drive plugged in and press the dedicated key to enter the BIOS. BIOS entrance keys are different for different manufacturers. It can DEL or F2, or F12 key. You can search the same for your manufacturer easily on the web.

Since Chrome OS Flex is not an application, it is evident that there is no direct uninstall button in the OS. To Uninstall Chrome OS Flex, you have to install a new OS in place of it. To do so, you first have to create a bootable USB with the respective OS to install it on your computer. Then enter the BIOS by pressing the dedicated key during the startup and entering the bootable USB.

After that, the steps are pretty simple. You have to follow the OS installation instructions on the screen to install a new operating system.

You cannot roll back to Windows with all your data back in place unless you’ve created a disk image for your Windows OS. To move back to Windows, you can install a fresh new copy of it just like any other OS.

Chrome OS Flex is in the early development stages. It is not meant to be compared to Microsoft Windows, macOS, Linux, or any other fully functioning OS, as Chrome OS flex is more like an extension to Chrome Browser if you look at the larger picture. You can give it a go if you need an OS for your less powerful/old PC that does the job.

No, Chrome OS Flex is not a stable operating system for now, and it is only recommended to install it on the secondary or spare machines.

Unlike Chrome OS, Chrome OS Flex does not support Android apps. Chrome OS Flex is a web-based operating system. The OS supports only G-suite apps and some Linux.

Chrome is flex should be comparatively safer than Windows in terms of viruses and malware. Unlike Windows, Chrome OS Flex does not support native apps. It uses a Sandboxing technology to restrict malicious apps and files to an enclosed environment preventing your PC from harm.

How to Install Chrome Flex on Bootable USB?