In the earlier version of Windows, and now in Windows 10, there is a unique feature that lets you quickly see your Desktop. Its called Show Desktop. When you click on it, the Desktop is quickly revealed for a moment. So instead of using shortcut Windows + D to minimize everything, Show Desktop will promptly hide all open windows so you can quickly access files on the desktop. Once done, you can release it to go back to where you were working on. However, some users have reported that icon goes missing, and in this post, I will show you how to restore Show Desktop icon in Windows 10, 8, 7 and XP.

In Windows 10, the show desktop feature is located at the extreme right of the taskbar. It is right next to the Focus assistant button. When you press it, it will reveal the desktop, and pressing it again brings it back. If it is not working for you or you want Show Desktop icon on the Taskbar, follow these methods:

You can use any editor as long as it doesn’t change the format of the above code. 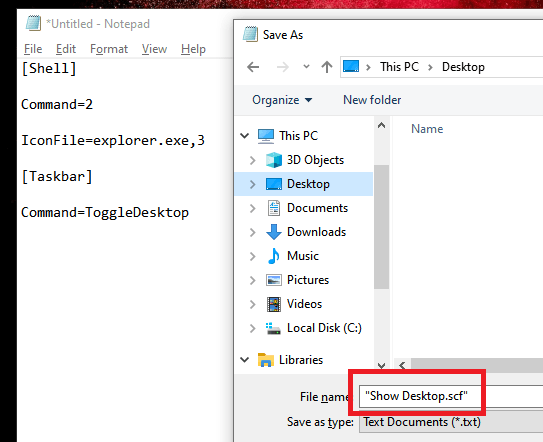 You can use Regsvr32 in command prompt to get back the quick launch in one shot.  Open the Run prompt and type the following regsvr32 /n /i:U shell32.dll. The show desktop icon now should be visible in the Quick Launch bar. Windows 10 and 8 users should see it working.

While Show desktop is handy, if you want to peek on the desktop, then Windows 10 implementation is better, but since its too far away, this shortcut on taskbar, via File Explorer makes more sense. 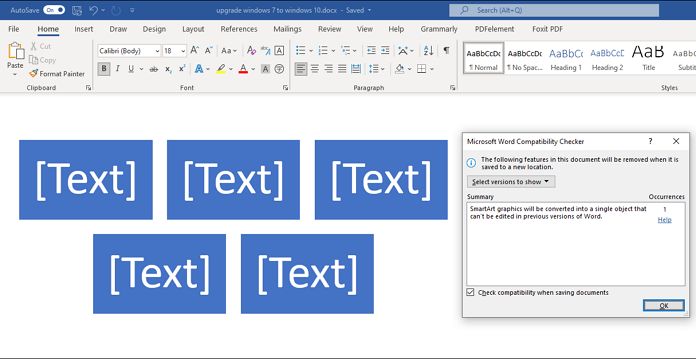 How Do I Change My Desktop Background in Windows?